For the first time, Spain wins the FIFA World Cup in South Africa, against Netherlands after an overtime goal (1-0). I believe it is destined, not because I am a fan, but because it is high time for Spain to be united in victory. Known to many, this country is currently torn by recession and a high unemployment rate. Winning a sporting event this massive revives a low spirit into a highly positive one.

I almost thought the game would end through penalty kicks (just like last 2006 between Italy and France where the former won 5-3), as there were so many missed shots and opportunities. This was quite disappointing. On the other hand, I would just like to give the credit to the goal keepers.

I always believe that the extra time is always the best time. This is the period of the game where the players would do their best to score a goal to avoid ending the game in a penalty shoot out. And I was right. The victorious kick came.

Throughout the game, there arose several favorites from both the Spanish and Dutch teams. But it was quite a surprise that out of nowhere, Andres Iniesta came to be the hero of the game for Spain. It was a clean goal, even when viewed from any angle.

Kudos to Iniesta, Casillas, Spain, Netherlands, everyone especially to South Africa for organizing this event and putting the spotlight on Africa for the world to see. FIFA World Cup is such an amazing sporting event no doubt, and I hope one day I'd be able to watch it live from the bleachers.

Viva Espana! Long live for the better. The world stands divided to become united once again. 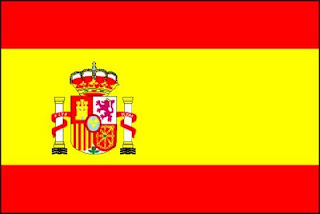 Posted by Vinci Mendoza at 5:35 AM